This is a text widget. The Text Widget allows you to add text or HTML to your sidebar. You can use a text widget to display text, links, images, HTML, or a combination of these. Edit them in the Widget section of the Customizer.
Posted on January 20, 2018March 2, 2018 by Yin-Ray “Rick” Huang 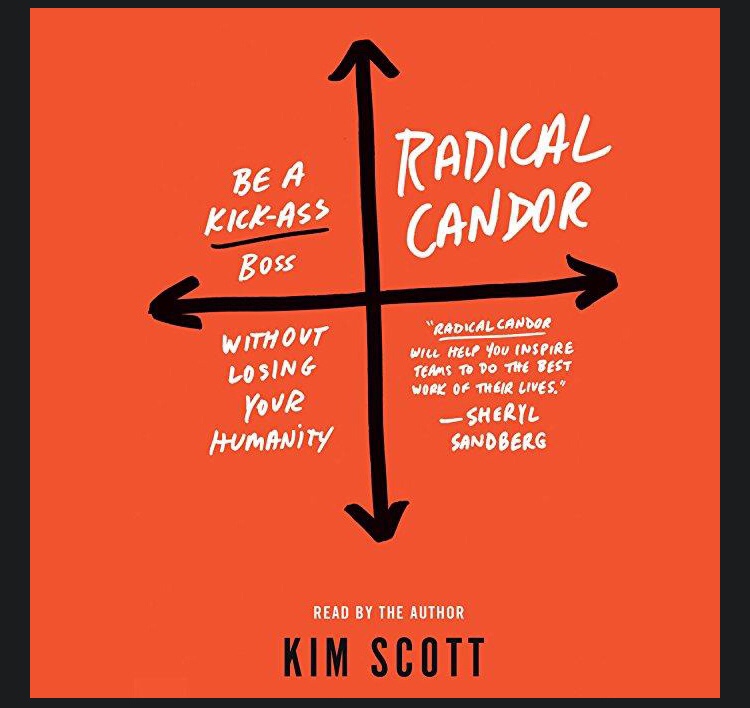 Radical Condor by Kim Scott is a must read for anyone who is or aspire to be a leader/manager/boss. It starts with a mistake the author made which prompted her to drastically change her management and communications style.

The story goes like this: Bob came to work for Kim with high praises, and an impressive resume. He was easygoing and amicable. Everyone in the office liked Bob. However, one of his assignments turned out to be subpar. When he handed in the document to Kim, there was clearly embarrassment and even shame in his eyes.

What would you do? Reprimand Bob? But it was his first. Maybe he would get better? Moreover, how could you stand to criticize him when the entire office loved him? The author opted to say “It’s ok. We appreciate your work.” instead of pointing out the obvious, uncomfortable truth.

Let us think and make a guess. What happened next?

If it ended well, this book may have never come out. What happened next was tragedy. As nobody informed Bob of his subpar work, he did not improve. That lead to other people on the team having to cover for him. Now more and more colleagues were unhappy. But the boss said nothing to Bob. Who were they to complain? Finally the day was inevitable: Kim talked to Bob over a cup of coffee. And, to Bob’s astonishment, she fired him.

The author could never forget Bob’s widened eyes and what he said, “why did no one ever tell me?!” That incident gave birth to the central idea to this book:

Ms. Kim Scott started three companies, worked at Google, Apple, and is currently coaching many CEOs as well as giving speeches in corporate seminars. At Google her boss was Sheryl Sandberg. She even argued with Larry Page and marveled at how he welcomed radical condor. So was Steve Jobs. He challenged his employees to disagree with him. There’s a saying, “Steve always gets it right.” It’s not because he was always right from the beginning; it’s because he always reached the right conclusion in the end.

The key to radical condor is to first build great relationships, truly care about others, and communicate effectively (eg praise in public and criticize in private). To sum it up: “Care personally, challenge directly.”

Are you interested in this book? There are other nuances, tips, and real-world stories. Check it out and comment in the section below! Be sure to Like this review. That keeps me going! Cheers.